Many drones flown in violation of regulations 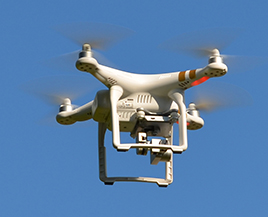 Drone operators in the US have been warned that knowingly violating the stringent Federal Aviation Administration (FAA) regulations could result in their insurance policies being invalidated.

In recent months it has emerged that commercial drone usage is highly regulated by the FAA, to the point of being prohibitively expensive. The FAA defines “commercial” broadly, as including receiving anything of value in return for operating the drone.

In this case, the drone is required to be flown by an operator with an FAA pilot’s license, and following a recent announcement by the US Department of Transportation, purchasers of drones will have to register the devices with the federal government.

As a result, it’s no surprise that many commercial drone operations in the United States are performed in violation of FAA regulations, according to Jordan Walbesser, attorney at Hodgson Russ.

248 thoughts on “Many drones flown in violation of regulations – USA”