Here we have a little comparison between the DJI Phantom 3 Advanced and Phantom 4. Using the same point of interest to compare the cameras.

This was our first test for DJI’s Phantom 4. A quick flight utilising the Phantoms Vision Positioning and Obstacle Sensing features.

Straight out of the box, one charge, and off. The Obstacle Sensing worked well. Although it refused to fly down the aisle after about 10 meters, this was due to it thinking it was going to hit something. Quality was excellent, and flying within the hour, it really is some craft.

After testing the Phantom 4 and the Active Track feature, you really have to say it is fantastic.

In order to film a shot like this I would have had to practice for quite some time and my helpful participant would have definitely lost her patience. This was filmed on my third use of the Phantom 4, the first being inside in a warehouse, the second to calibrate the compass, and then, a one hour mission, including getting to the site.

That is how easy this was. Just point at the red jacket, tap ‘Go’, and hey, the Phantom 4 is following the jacket! Now just feather the right hand control stick to the left or right, and abracadabra, film a sweeping circular shot keeping the target in frame without having to think about it!

Okay, this was not at any speed, she had played football in the morning and was tired, but you can see that this one feature just opens up a world of filming which just would not have been possible for the average flyer only 7 days ago!

Look out for more including tests of other Phantom 4 features.

So, straight out the box, on charge and then up and away.

Unfortunately I was at work when it arrived, and I am right beside Heathrow, so didn’t want any near miss collision stories created by me, so I flew inside!

And the result was excellent, but, the obstacle avoidance system refused to let me fly all the way down the aisle. My guess is the racking acted like some kind of Faraday cage and the avoidance system just couldn’t cope.

Flying inside was novel, but excellent and very safe. The sensors are very effective and the vision positioning system works well.

Looking forward to testing more over the coming weeks. 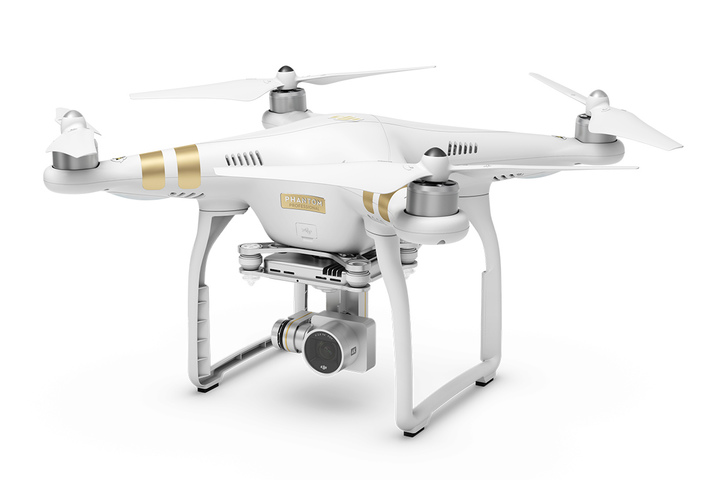