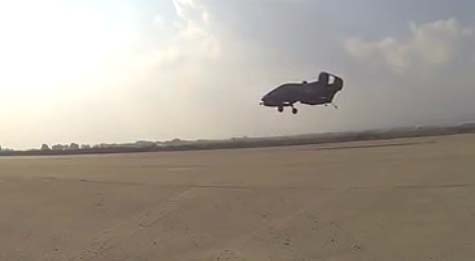 The AirMule drone ambulance, which can take off and land vertically with two non-piloting passengers onboard, has flown autonomously for the first time on December 30, 2015 in Megiddo, in northern Israel. The AirMule is designed for airlifts in conditions where landing a helicopter is unfeasible – such as on a battlefield. The autonomous drone, made by Israeli company Tactical Robotics, can carry up to a 1,000 lbs. and travel up to 31 miles.

Courtesy of The Jewish Press:
http://www.jewishpress.com/multimedia/video-picks/israeli-airmule-autonomous-ambulance-drones-maiden-flight/2016/01/13/