Can we act in unison?

Can EASA work with each country to come up with legislation acceptable to all EU member states? If our own individual countries are unable to advance regulation to keep up with US legislation it seems unlikely that we are going to see a united set of regulations in the near future.

After all, although commercial operators in the UK must be certified and have Operation Manuals commensurate with CAA legislation, hobbyists are still largely unfettered by rules and regulations.

With the technology for UAVs advancing at a helter skelter pace, it seems more likely that a drone will land on the moon than regulations be introduced which can accommodate all our needs. 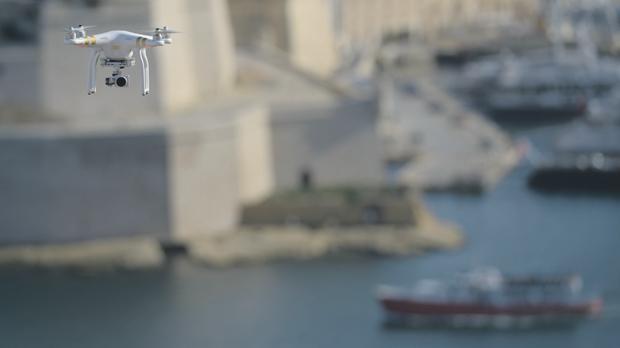 Drones flying over Malta have become a common sight. But it’s still a free-for-all, with draft legislation yet to be finalised. Photos: Matthew Mirabelli

Almost a year has passed since the authorities published a draft notice on the use of drones but, in spite of public consultation, the regulations have not been finalised yet.

Originally, the proposed legal notice was open for public consultation until March 31, 2015. Under this proposed notice, drone use would be limited to designated areas and specific flight levels, considering the proximity of any aerodrome, aircraft flight paths and other dangers to aviation, persons or property.

On July 6, 2015, Captain Charles Pace, a member of the Transport Malta board, told the Times of Malta that following the public consultation on the proposed legal notice, changes were being considered, including amending a blanket ban on flights within 7.5 kilometres of the airport. Captain Pace had also said that changes would be made to clearly distinguish between hobbyists and commercial operators.

Read more from The Times of Malta:
http://www.timesofmalta.com/articles/view/20160113/local/regulations-on-drone-use-failing-to-take-flight-almost-one-year-later.598553

708 thoughts on “Can EU act on UAV regulation?”