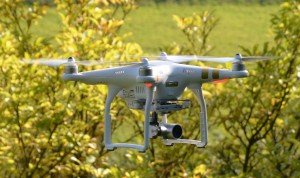 So before you decide to pop up you fantastic quad, check your airspace limitations. It isn’t difficult and worth the effort. You should always be checking.

You can obtain information from several sources, including:

Safe flying to all.

Police say last Sunday evening one of their officers spotted a man in a park near 2616 16 St. N.E. operating a UAV, or unmanned aerial vehicle.

After the suspect realized he was being watched, he attempted to leave the park, but was intercepted by police in a vehicle containing the quad-copter UAV, said Sgt. Colin Foster.

“It’s illegal to fly five nautical miles from the airport — he was within the airspace of the Calgary International Airport,” said Foster.

“I believe this is the first charge of its kind in Calgary.”

While it’s not known for sure if any aircraft were descending while the man operated the drone, it’s possible at least one of them did during the 15 or 20 minutes he was flying the craft, he said.

“The aircraft there come down to 200 feet and the UAV can fly at 500 feet so the potential for catastrophe was there,” said Foster.

“The officer who spotted this did an awesome job and potentially stopped a collision.”

The UAVs could be sucked into an airplane’

Read more from Bill Kaufmann at the Calgary Sun:
http://www.calgarysun.com/2016/01/21/cops-charge-man-after-drone-incident-at-calgary-airport

958 thoughts on “A lesson to all UAV operators, always prepare.”