DJI are teasing us all with their little video which was released yesterday.

With Yuneec releasing their highly competitively priced Typhoon H in April incorporating avoidance technology and 360 degree rotating camera you can be sure DJI have had to come up with something tempting for us to bite into.

The video does not give many clues, but ‘magic eye’ avoidance technology is there for sure, you can see the sensor eyes. Will they have 360 camera rotation? It doesn’t look like it.

Have they improved battery life? you can’t tell.

Will it be worth upgrading the Phantom 3 which we all bought into last year? This could be a rush release due to competition, but I am sure we are all going to want one!

All speculation though – we wait with great anticipation to see what is on the horizon – bring on 1st March. 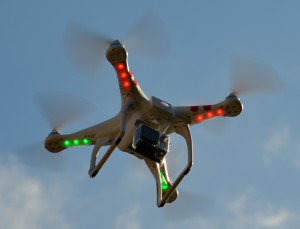