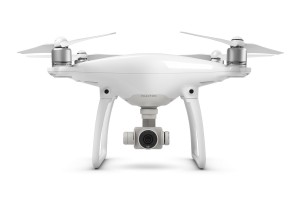 Active Track on the DJI Phantom 4

Here we are testing how effective Active Track is on the Phantom 4. Instead of requiring a wristband, or tracking device, the Phantom 4 relies on something akin to face recognition software in it’s DJI GO app and camera.

This means that the subject being tracked must remain in view of the camera while tracking them. This is the main drawback, as if the subject makes a sharp turn while filming and goes out of shot, the Phantom 4 will just pull up and hold position awaiting further command. However, the simplicity of using this filming method means you can create sweeping shots around a moving target.

Something that would be much more difficult with previous Phantoms. It really makes moving targets come to life. We have filmed a simple scene below using Active Track. Some of the film is on Active Track and some is free shot film when we lost contact with the cyclist (Steff, thank you for participating!) and Active Track freaked out.

All in all, it is a great feature, and if you work with it’s limitations you can really capture some great footage. 8/10 from the team, big thumbs up. As with everything, we understand that the first time a feature appears it is early days and this can only get better.

With improvements to the camera and the addition of slow motion 120 FPS in 1080p HD, DJI really have come up with a top performer.

We will be testing more features soon.

Catch more of the 4 at:  www.dji.com/product/phantom-4